Representation of the Ottoman Orient - Taschenbuch 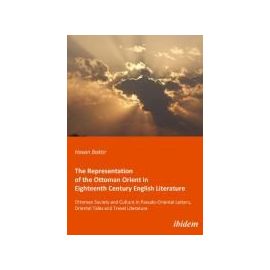 Noticing the importance of the fact that there is a growing interest in oriental countries and cultures, Hasan Baktir studies in his book the representation of the "Ottoman Orient" in 18th century English literature. He claims that a comprehensive understanding of the representation of the Ottoman Orient requires a new perspective; therefore, he investigates different aspects of the interaction between the Ottoman Orient and 18th century Europe. A number of questions continue to arise in the wake of Said's 1978 landmark study, Orientalism. How monodirectional was the flow of power in such representations? To what extent did the travelling observer also participate and become influenced by the phenomena he tried to depict without attachment? What variety of motivations lay behind the desire to know and represent the Oriental other-was it simply a question of political control? Or were there deeper, more enigmatic factors at play-sexuality, existential affirmation, even utter idiosyncrasy? How various and diverse was the Western response to the East-can we discern degrees of sympathy, knowledge, and difference in the various Orients offered to us by the canonical and non-canonical figures of 18th century English letters? Baktir's study provides answers to many aspects of these questions, through a detailed examination of very different texts. Baktir does not completely reject Said's argument that European writers created a separate discourse to represent the Orient; rather, he shows us that there was also a dialogic and negotiating tendency which did not make a radical distinction between the East and the West. Relying his argument on 18th century pseudo-oriental letters, oriental tales, and oriental travelogues, Baktir demonstrates that the representation of the Ottoman Orient in 18th century English literature differs essentially from earlier centuries because a developing critical and liberal spirit established a negotiation between the two worlds. In his study he indicates how the critical and inquisitive spirit of the age of Enlightenment interanimated Oriental and European cultures.